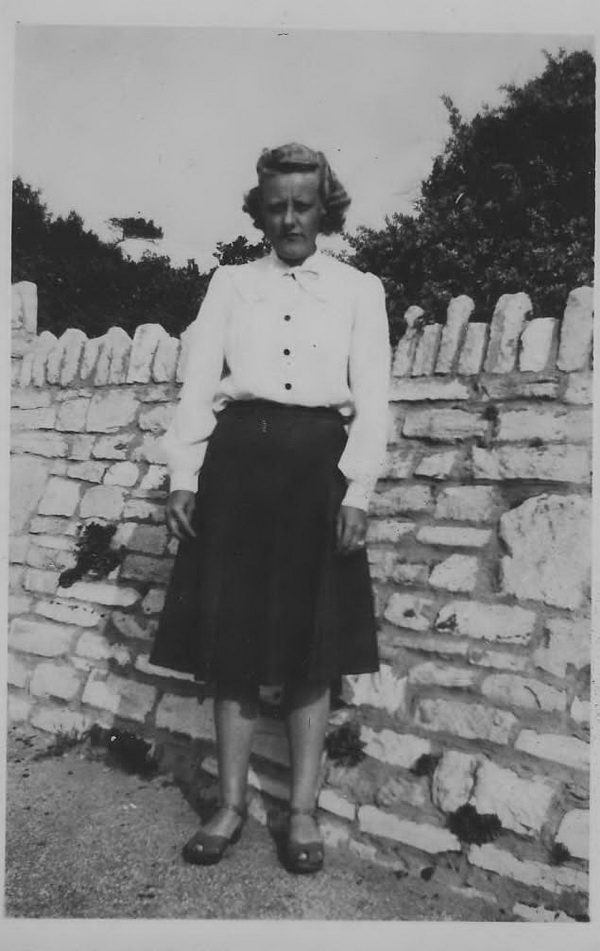 Lilian was the wife of Kitty’s brother Archibald.

Archibald (Arch) and their daughter Yvonne, were both killed in the war. Kitty believed this photo was taken during a visit to Bournemouth, along with Renee, shortly after Yvonne & Arch's deaths

In 1937 she was living, with her family, at 15 Bingfield Street (see 479 below). She married that year and this was the house that was hit by a doodlebug, killing her husband Arch and their little daughter Yvonne in 1942.