View in Family Tree - View their photos - Where they lived 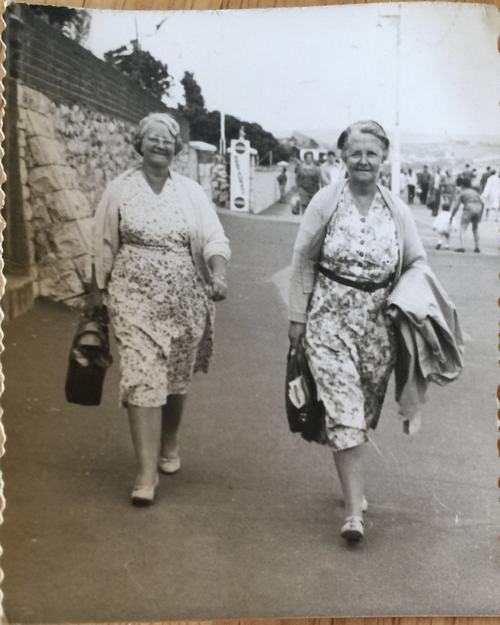 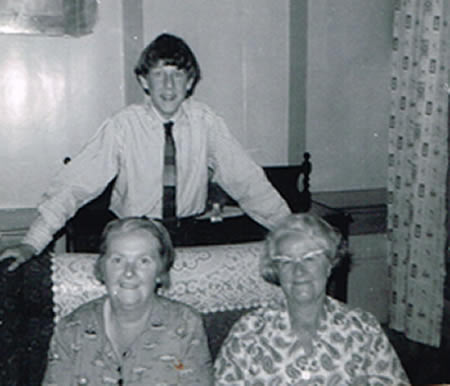 I have put my Aunties Liz and Rose together on the same page as in life they always lived together, never marrying. They were my Dad's sisters.

I only knew them when they were both in their later years.

Here in photo 399 we see me with Auntie Rose on the left and Auntie Liz on the right.

The photograph was taken around 1965 at a guess, as I look to be about 18 here. I think it was taken in their flat in Lambs Conduit Street, Holborn.

Althoug Rose's birth certificate names her as Rose, the 1911 Census shows her as Rosina and in continues this name in all later documents. Liz was Elizabeth but to my family they were always referred to as "Liz and Rose"

Photo 461 here shows Liz and Rose on holiday at Weymouth in 1962. They were friends of John Hood's Nan (Rosina) and used to visit her regularly.

The photo 345 is of Elizabeth with her brother William Higgs. I estimate this to have been taken about 1914 because Elizabeth was born in 1904 and she looks here to be about the age of ten.