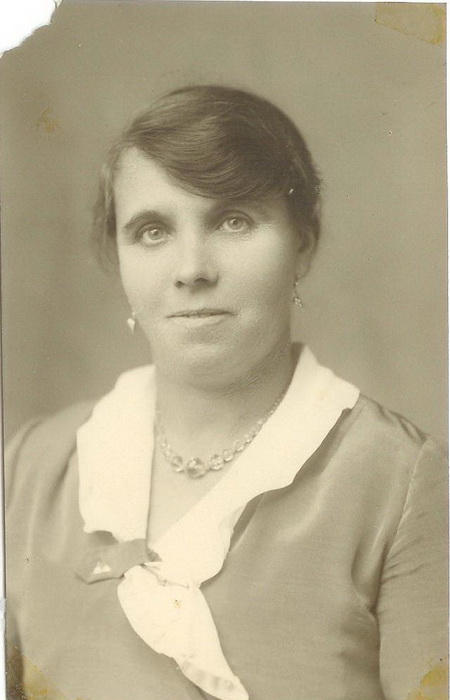 Frides was known as 'Nan' (see ANC054) as she disliked the name Frides. She was actually named after her two grandmothers.

She went on to marry Charles Edward Walker.

The Walkers had three children, Charles, Dorothy and Rosina.

“I have photographs of Willie Higgs, Emma Rosson, Frides Adelaide, Big Harry, Elizabeth 1904-1988, William 1912-1995, Rosina 1909-1989, and your father Harry in war uniform. My scanner is playing up at present so I will get scans placed on a memory stick and send to you once done. I was with my mother last week in Wickford and she remembers your parents but could not remember you-sorry for that!! I was born in Wickford in a holiday home owned by my grandmother Frides. She was still there when Big Harry and LILY (real name Violet Dowling) moved just nearby in a place called Crays Hill, sadly now neither properties are standing due to development.
My grandmother FRIDES ADELAIDE ANNIE HIGGS was named after her two grandmothers. She went on to marry Charles Edward Walker. Their daughter Rosina Elizabeth Walker 1930 and still alive married Edward John Hood and I am their son born 1952.” – John Hood

In 2014 I actually met Rosina. She is my father's cousin once-removed. See her picture here 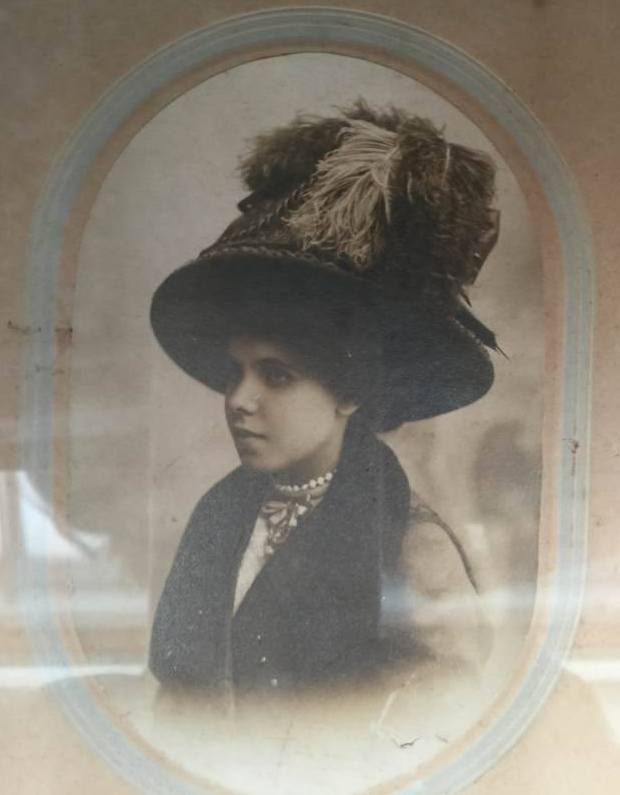 Frides's granddaughter, Ruth, said in 2016 "...that's my nan Fridas Adelaide Annie Higgs/Walker, I think this could be on her wedding day, although not 100% certain. I think she was only around 18 when she married. A fiery little woman that stood her ground and ruled the home with a rod of iron. Of course she was an old lady when I knew her and had mellowed a bit by then . She had all night parties and loved games and dancing, I'm sure I have pictures with your mum dancing at one of these 'dos' I will find them,"