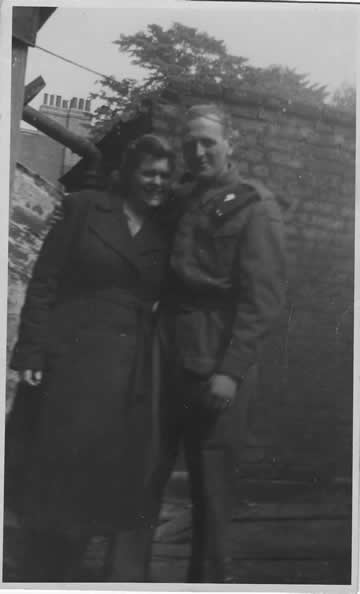 My uncle Bill. I cannot recall much about him.  I know he lived in Swanage, Dorset

This is the only photo I have.  He is with his wife Eunice. There is a short message, likely written by Eunice, on the rear of this photo

Bill's family were living at 15 New North Street when he was born.

At age 31 whilst in the Army he married Eunice Ellen Rowan in 1943.

At that time he was living at 43 Lambs Conduit Street which is just around the corner from his parents in Dombey street.

See where he lived!