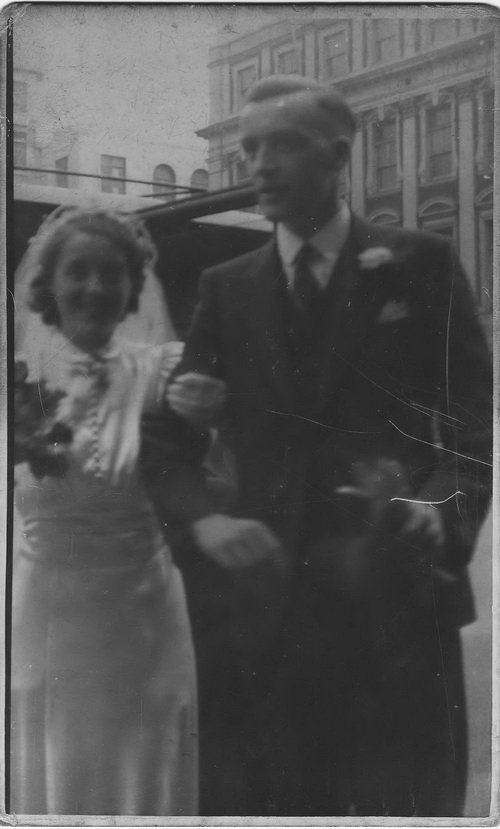 Here we see him at Kitty’s wedding, he would be age 30 here.  He is giving her away because her father died in WW1.  For many years this was the only photo I had of him.

The building in the background still stands today. See the church here and turn Google around to see that very building

Arch, as he was known, was refused service in WWII due to a perforated eardrum.  I believe that as a youngster he was knocked down by a tram.

He married Lillian Maud Curtis and they lived at 15 Bingfield Street, just off Caledonian road.

They had a little girl Yvonne Anne.  Her photo shows her as a pretty blonde haired girl.

On 1st December 1943, while at home, a bombing raid killed Arch outright while Yvonne died on the way to the hospital.  She is buried in Islington Cemetery, plot 21124 O10. For more information on the deaths, please go to Yvonne's page.

In 2014 Uncle Dave told me he went to see Yvonne at the funeral parlour in the Caledonian Road though he didn't see Uncle Arch as "he was too bad".  They were "killed by a doodlebug" he added.