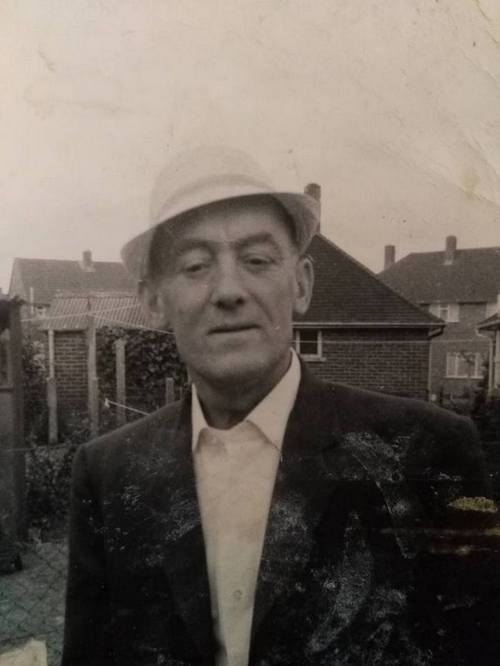 Kitty said once "John was a happy-go lucky character who loved to gamble on the the "dogs".  He would often go out on a Friday after being paid and gamble away all his money!"

He lived with Pat for more than twenty years but it is believed they never married or had children.

But although we always understood they were never married, at the trial after his death Pat gave her name as Agnes Jane Peterson and was described as his widow. See the newspaper archive link below...

In 1965, at the age of 53 he was cycling home one evening when a Jaguar car hit and killed him.

He was cremated at the Downs Crematorium in Brighton on September 11th 1965 and his ashes were scattered in I Section, now named the Upper memorial Garden

We believe Pat returned to Ireland.