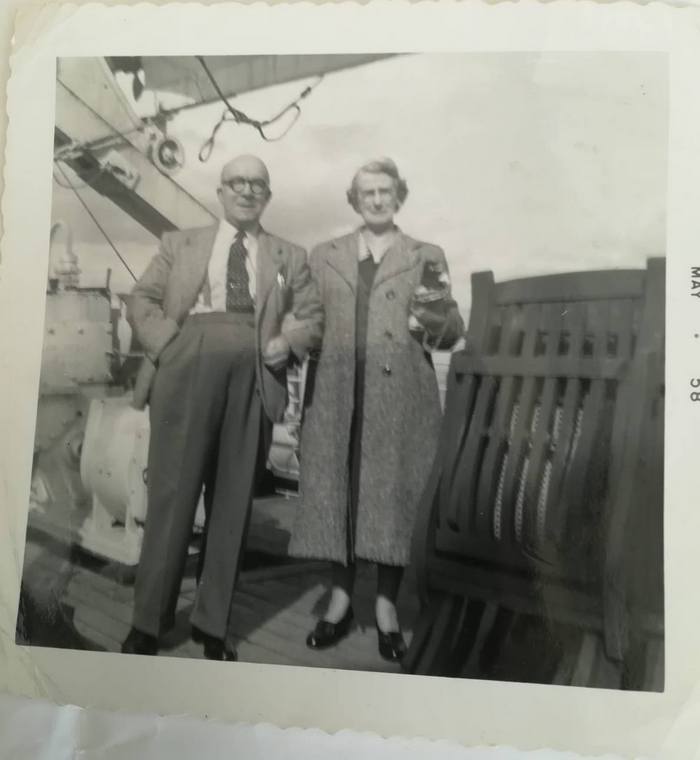 Edward was the son of William F Rockliffe and Margaret Keast

He was the elder brother of David T Rockliffe. David T was David Rockliffe's father

The picture shows Edward and Rose in 1958 on board ship "Empress of France" and on the passenger list, bound for Canada[847]